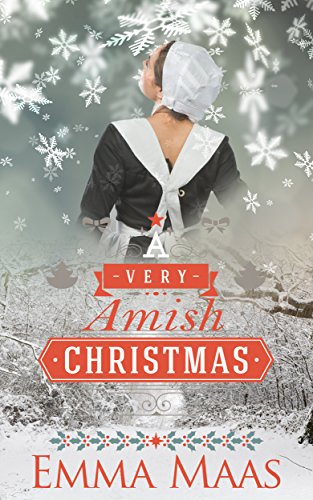 A warm, holiday Christmas Amish Romance from Emma Maas.Sarah Lapp has worked steadily since being widowed five years ago, but it hasn’t been easy. But now she’s pinning all her hopes on a new location for her bakery because she’s desperate for more Englisch business. She hopes to surprise her ...

Sarah Lapp has worked steadily since being widowed five years ago, but it hasn’t been easy. But now she’s pinning all her hopes on a new location for her bakery because she’s desperate for more Englisch business. She hopes to surprise her son’s family and replace their failing tractor by Christmas with the extra money; they rely on it for everything, and Sarah has been saving money in secret.

But the new location is fraught with complications. Yet Jed Stolzfus—himself a window—enters her shop opening day and gives her business, which she takes as a good sign. But it isn’t long before she realizes the Englisch that stop in want more than just pastries, they want their fancy coffees, but she isn’t equipped to handle their needs and realizes she grossly misunderstood her decisions.

After a few days, however, a handsome and wealthy Englisch salesman offers her help and it could solve so many problems for her, and quick. But should she take it?

On the one hand she’s close to her goal and Zeke’s tractor finally breaks down for good, so now they need it more than ever, and he could be the break they all need. On the other hand, she doesn’t trust him or his motives, and what he’s trying to with her or her business.

Yet Jed Stolfuz, who’s been coming steadily each morning for muffins and coffee, has a few secrets of his own, and he’s hoping to act on them himself. But first each of them must come to understandings of God’s will for their own lives, and what it means to be giving and be willing to receive, before they can help each other. Can either of them love again? And would it be so bad if they did?